The Violent Outburst That Drew Me to You

‘This is a beautifully written and structured play… It lets young students know that they are not alone, they are loved and there is hope’

Sixteen year old Connor is angry. He doesn’t know why, and he doesn’t know where to direct it. People and things he once liked annoy him. As the anger doesn’t like others, Connor is left in a forest, for a week, by himself, to calm down. But it turns out, the anger has travelled with him.

Then a girl called Lotte walks into the woods.  And it turns out, she is angry too…

For ages fourteen and up, all the way to adult (frequent coarse language) 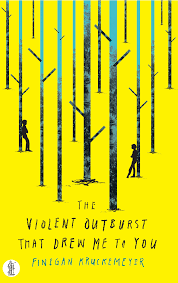